Five Things to Do This Weekend in Metro Phoenix 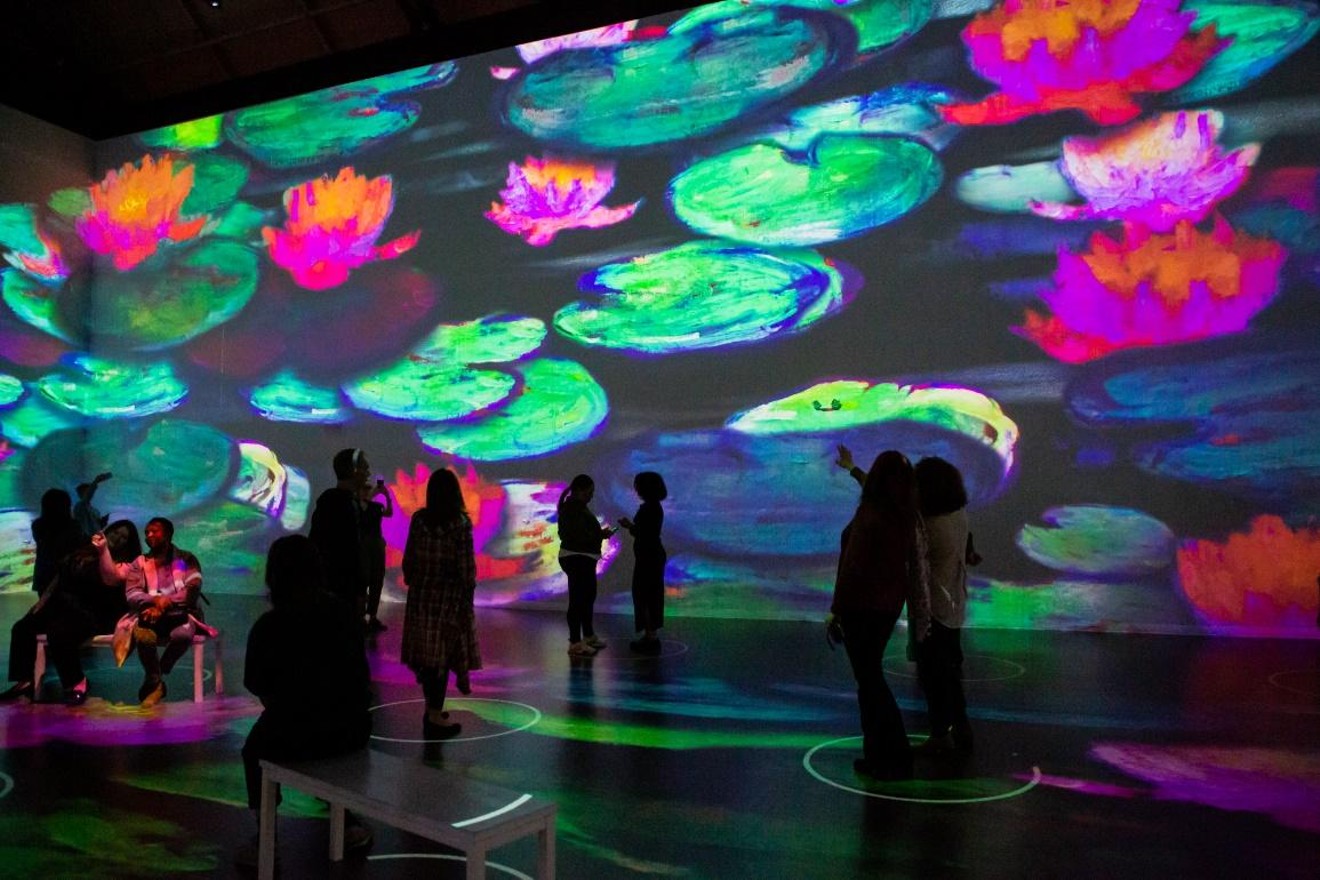 The works of Claude Monet, Mary Cassatt, Edgar Degas, and other artists are coming to Old Town Scottsdale. Patrick Hodgon
Need some plans this weekend? The final weekend in July offers you plenty of choices when it comes to things to do. You can see the works of Monet and other Impressionists writ large, cheer on the Arizona Rattlers’ quest for a championship, or attend a Stranger Things roller skating party.

Read on for more details and info on other events around the Valley from Friday, July 29, to Saturday, July 31, or check out Phoenix New Times’ calendar.

The Van Buren heads back into the '80s for a Stranger Things night this weekend.
Netflix

Just when you thought you’d escaped from all the hype surrounding Stranger Things, Mesa roller rink Skateland, 7 East Southern Avenue, is putting on a theme party inspired by the popular Netflix show. The place will transform into the Rink-O-Mania, the fictional rink featured in the fourth season episode “Vecna’s Curse,” on Friday, July 29, from 6 to 9 p.m. Attendees can get in a skating session (minus all the teenage drama) while songs from the show and ‘80s tunes will be played over the sound system throughout the evening. There will be a waffle bar (natch) and a Stranger Things costume contest for prizes. Admission is $11 per person and skate rentals are $4.50. Benjamin Leatherman

The works of Claude Monet, Mary Cassatt, Edgar Degas, and other artists are coming to Old Town Scottsdale.
Patrick Hodgon

Immersive Monet and the Impressionists

We have Immersive Van Gogh. We have Immersive Klimt. And starting this weekend, Immersive Monet and the Impressionists will debut in the Valley. The show, which will feature the works of Claude Monet, Auguste Renoir, Edgar Degas, Mary Cassatt, and other artists, will come to the Lighthouse ArtSpace, 301 North Scottsdale Road in Scottsdale, starting Friday, July 29. “The spontaneity of Impressionism is expressed in movement and color,” producer Corey Ross said in a press release. “Projection mapping and immersive experiences are shaking up the art world much like Monet and his contemporaries did with their groundbreaking Impressionism.” Admission starts at $30. Hours vary. For tickets and info, visit the Immersive Monet website. Jennifer Goldberg

Get your goth on at Tranzylvania on Friday night.
Michelle Sasonov

Like some mythic vampire rising from its grave, infamous local goth night Tranzylvania will return from the great beyond on Friday, July 29. Nightcrawlers from throughout the Valley will dress in fetish wear or all black everything and invade Club Palazzo, 710 North Central Avenue. What awaits them is a bacchanal of drinking and dancing as local DJs Tristan/Iseult and the Rev DJ RaZorslave spin genres like darkwave, industrial, aggrotech, and futurepop. An art show is also planned and various vendors will be selling their spooky wares. The party starts at 9 p.m. and runs until the wee hours. Admission is $10. Benjamin Leatherman

The Arizona Rattlers are one win away from the big game.
Matt Hinshaw/AZ Rattlers

This weekend, the Arizona Rattlers will attempt to secure some postseason glory. After running roughshod over most of the Indoor Football League, racking up a 14-3 record, and winning their first-round playoff game, the team is one victory away from the IFL’s United Bowl. Standing in their way are the Northern Arizona Wranglers, who will face off against the Rattlers during the western conference championship game on Saturday, July 30, at Footprint Center, 201 East Jefferson Street. The teams split their regular season series with one win each and both feature dominant defense, so it should be a hard-fought contest. Kickoff is at 6:05 p.m. and tickets are $21 to $101. Benjamin Leatherman

If you’ve ever wanted to check “partying with an NBA superstar” off of your bucket list, Jae Crowder of the Phoenix will host the latest edition of the monthly summertime Oasis Pool Party series at Gila River Resorts & Casinos – Wild Horse Pass, 5040 Wild Horse Pass Boulevard in Chandler, on Saturday, July 30. Electronic dance music DJ/producer R3hab will perform at the 21-and-over event, which runs from 2 to 6 p.m. Tickets are $40 per person (plus fees) and cabana rentals are also available. Benjamin Leatherman
KEEP PHOENIX NEW TIMES FREE... Since we started Phoenix New Times, it has been defined as the free, independent voice of Phoenix, and we'd like to keep it that way. With local media under siege, it's more important than ever for us to rally support behind funding our local journalism. You can help by participating in our "I Support" program, allowing us to keep offering readers access to our incisive coverage of local news, food and culture with no paywalls.
Make a one-time donation today for as little as $1.