Check out Timothy Chapman's work in Scottsdale. Timothy Chapman
There’s no need to spend money to have fun. This week, you can keep the party going during the DuPont Registry After-Party, celebrate our community’s heroes at Superhero Saturday, or root for your favorite flaky treat at the Pastry Throw Down. For more things to do, visit New Times’ calendar. 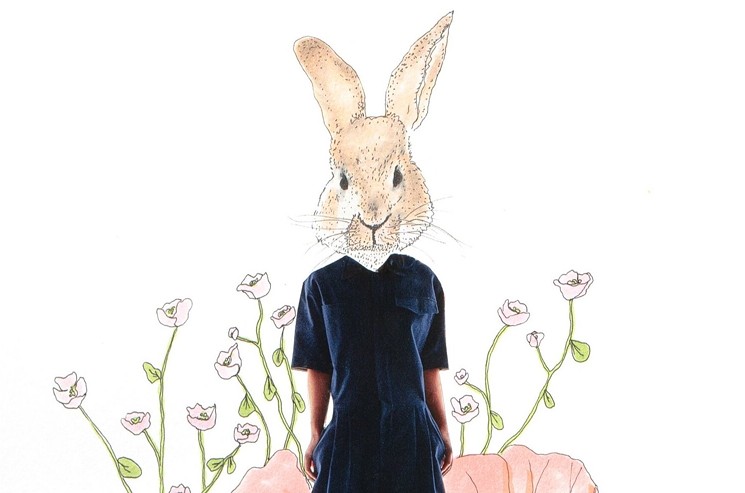 Humans like to imagine they share certain traits with animals, especially when the animals are considered cute, funny, or smart. But artists and scientists have long explored the deeper layers of animal instincts affiliated with some human behaviors. And sometimes it’s not pretty.

Even so, Rebecca Blume Rothman brings both humor and charm to the interplay of humans and animal instincts, using mediums that include drawing and collage. Get a good look at her work during the “Creature Comforts” exhibit at Practical Art, 5070 North Central Avenue. It’s open from 10 a.m. to 7 p.m. on Tuesday, January 14. The exhibit continues through January 31. Lynn Trimble

Scottsdale galleries are putting a fun twist on the weekly Thursday night art walk in Old Town with their Demonstrate! ... And Doughnuts event. It’s happening from 6:30 to 9 p.m. on Thursday, January 16, in the arts district anchored by Main Street and Marshall Way near Indian School Road in Scottsdale. More than a dozen galleries are participating, including Art One, Royse Contemporary, and Wilde Meyer.

You’ll find Timothy Chapman doing a demonstration from 7 to 9 p.m. at Fine Art of Southwest Style, located at 7100 Main Street in Scottsdale. But look for other artists as well, working in mediums such as jewelry, painting, and sculpture. Local doughnut shops will have fresh offerings at several galleries, and the live entertainment lineup that night includes a traditional bagpipe performance. Lynn Trimble

People who love luxury cars have long descended on Scottsdale for the annual Barrett-Jackson collector car auction. But that’s just part of the excitement because the event also inspired a robust lineup of after-parties. They’ll be celebrating classic cars over at the W Scottsdale, 7277 East Camelback Road, on Friday, January 17. Doors open at 9 p.m. for the DuPont Registry after-party, which is free and open to the public.

The DuPont Registry has several publications devoted to luxury cars and other high-end goods. Just throw on your after-party finery, and get ready for a night of DJ and live music, plus a showing of several automobiles. Lynn Trimble

What makes somebody a hero?
Benjamin Leatherman

You’ve heard of cosplay. Now there’s cause-play. The Phoenix Police Sergeants and Lieutenants Association Charities is hosting Superhero Saturday to allow Valley residents to dress up as their favorite paladins of virtue and assist local charity ChildHelp. In addition to costumed heroes galore, the event also features helicopter flyovers, an ice cream truck, raffles, ample vendors, and famed vehicles from comic books and movies. Don’t be a lame Lex Luthor and miss out on all the fun.

This free event is set for noon to 5 p.m. on Saturday, January 18, at 2200 North Central Avenue. Chris Coplan

If your dietary resolutions remain strong this far into 2020, prepare to be heavily tempted. The Pastry Throw Down promises a smorgasbord of baked goods from a slew of cafes, bakeries, and other fine Tempe establishments. Plus, you can vote for your favorites after some heavily sampling. Then, burn off some of those calories by shopping at the many nearby stores. If you make it through this throwdown with your resolutions intact, then truly nothing can stop you.

This free event is set for 10 a.m. to 3 p.m. on Sunday, January 19, at the 6th Street Market, 24 East Sixth Street in Tempe. Chris Coplan
KEEP PHOENIX NEW TIMES FREE... Since we started Phoenix New Times, it has been defined as the free, independent voice of Phoenix, and we'd like to keep it that way. With local media under siege, it's more important than ever for us to rally support behind funding our local journalism. You can help by participating in our "I Support" program, allowing us to keep offering readers access to our incisive coverage of local news, food and culture with no paywalls.
Make a one-time donation today for as little as $1.
Chris Coplan has been a professional writer since the 2010s, having started his professional career at Consequence of Sound. Since then, he's also been published with TIME, Complex, and other outlets. He lives in Central Phoenix with his fiancee, a dumb but lovable dog, and two bossy cats.
Contact: Chris Coplan
Follow:
Twitter: @CCoplan