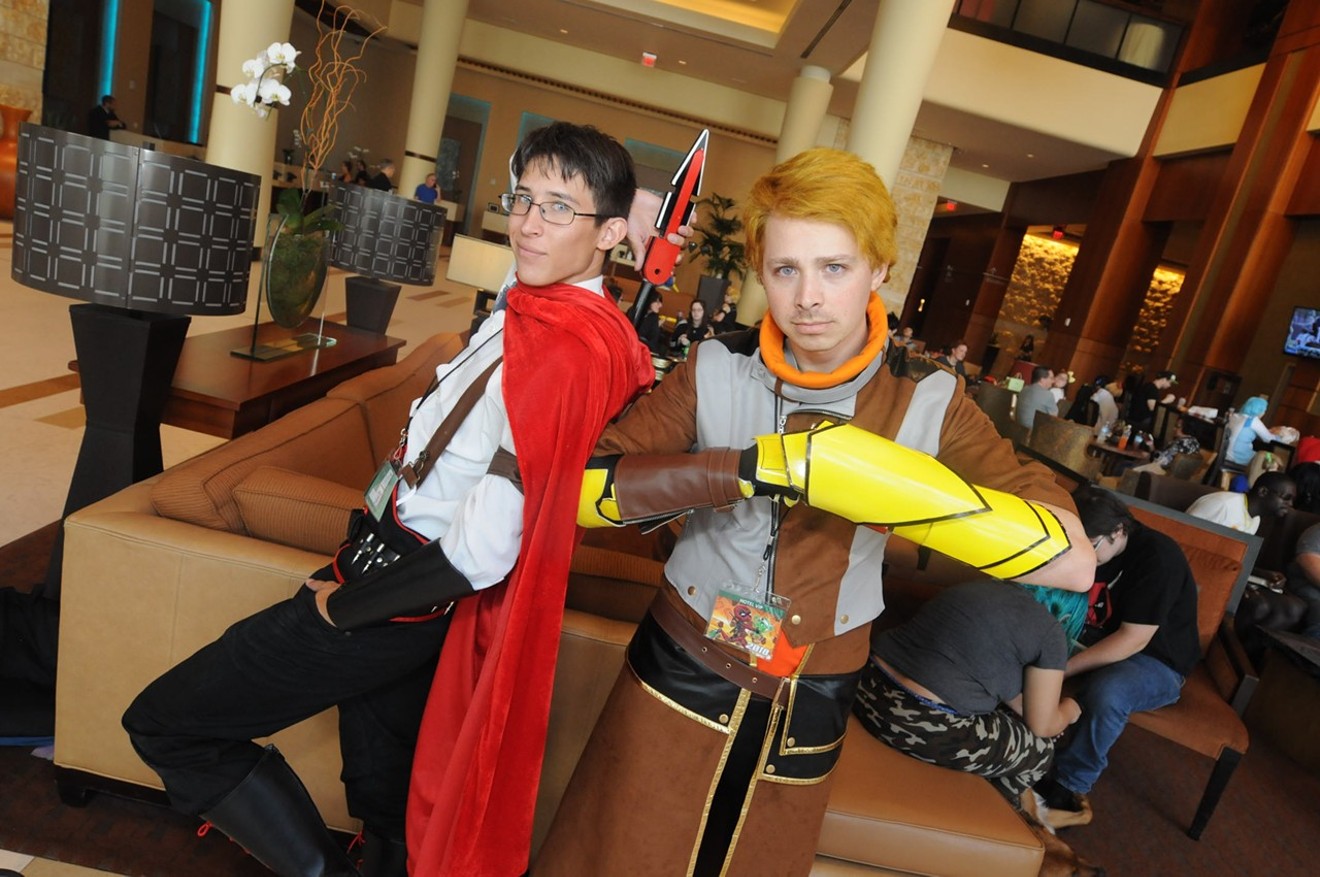 Ready for Saboten Con. Benjamin Leatherman
Ready for a fun weekend? You can feel the love at Bearracuda, have a laugh with Mike Epps, or appreciate graffiti for the art that it really is during the Water Tower Slap Show. For more things to do, visit New Times’ calendar.

Composer, performer, and installation artist Raven Chacon has an impressive resume, including a showing at the 2017 Whitney Biennial while he was part of the Postcommodity collective. His eyes light up when he talks about assorted sound art installations created in desert and urban environments. But he’s especially passionate about working with indigenous youth. The Diné creative, who was born in Fort Defiance on the Navajo Nation, is helping youth develop musical literacy and music composition skills as part of the Native American Composers Apprenticeship Project. Hear them perform a free concert led by Chacon at the Heard Museum, 2301 North Central Avenue, from 6 to 8 p.m. on Friday, August 30. Doors open at 5 p.m. Lynn Trimble

In the zoo of gay wildlife, no animal is more celebrated than the bear. What’s not to love? Bears are fuzzy, cuddly, and full of awesome. Whether you’re a bear or a bear lover, there’s no better place to be than Bearracuda at The Rock on Friday, August 30. This 21-and-over kink-friendly parking lot party will feature go-go dancers, Seattle’s DJ Freddy King of Pants, and over 500 handsome hairy men.

Every Labor Day weekend, the event serves up a mix of programming, panels, and activities related to anime, manga, import video games, and pretty much anything else that otaku are into. There are special guests, fashion shows, maid cafes, gaming sessions, a vendor hall, and an insane amount of costumes and cosplayers. 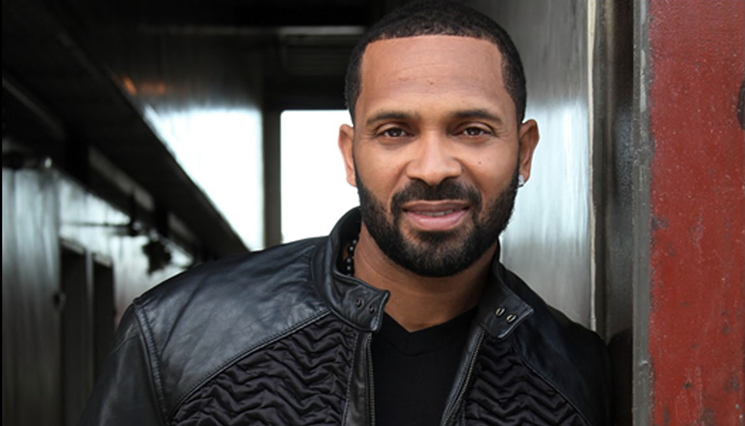 Look who it is.
Mike Epps

Mike Epps has been a scene-stealing sidekick for decades. In the early 2000s, Epps cracked us up as the sex-crazed pothead Day-Day in the Friday sequels. More recently, Epps appeared in another comedy trilogy as a hilarious minor character — Black Doug in The Hangover series.

While Epps is great onscreen, he is even better on the stage. His controversial comedy is bound to get some laughs at Stand Up Live from Friday, August 30, to Sunday, September 1. Friday, the club announced that both Saturday shows were sold out, but that Epps added a second show on Sunday at 9:30 p.m.

Get your laugh on at 50 West Jefferson Street. Tickets start at $40. VIP tickets are $50 and include reserved seating. This 21-and-over event has a two-drink minimum. Melissa Fossum 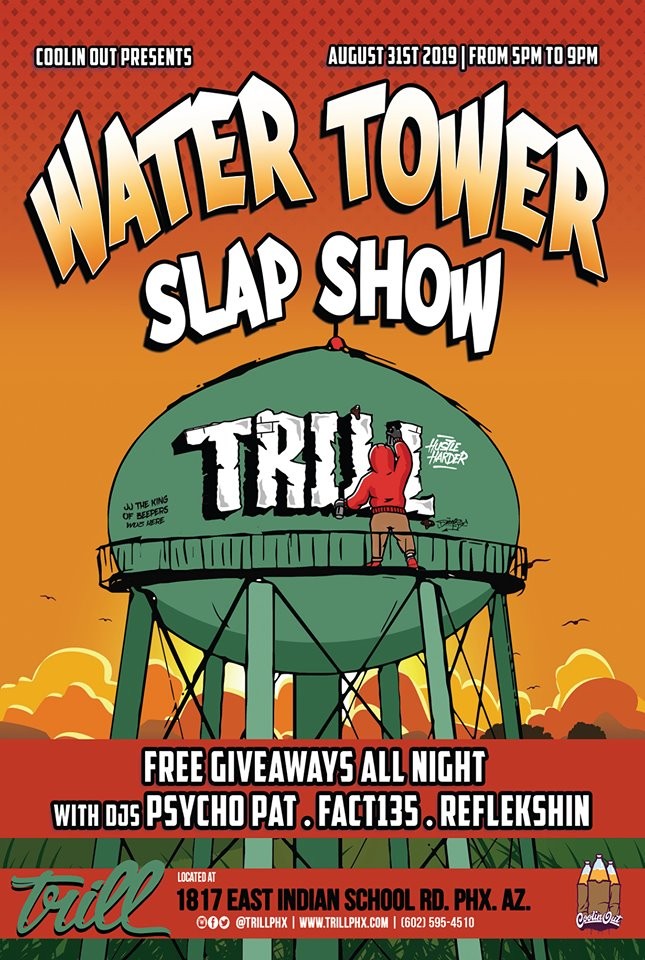 Get ready for a slappin' good time.
Trill

Graffiti is finally being appreciated for its artistic merits rather than being dismissed as vandalism. Street art has transformed over the last few years due to slap tagging, in which artists distribute their work by placing stickers in public places. Cristina Vanko dubbed the process as “smart vandalism.” Trill will make slap art available to everyone with the Water Tower Slap Show on Saturday, August 31. Attendees will be given their own paper water towers to decorate however they choose. This free, all-ages event features lots of giveaways and music from DJs Psychopat, Fact135, and REFLEKSHIN.

The film starts with the discovery of a strange garbage can from outer space.
All Puppet Players

If we’ve learned anything from Mystery Science Theater 3000, it’s terrible movies can gain “so bad it’s good” status with a good roast. All Puppet Players will lampoon the 1987 live-action Garbage Pail Kids movie on Saturday, August 31. Widely considered to be one of the worst films ever made, the flick starts with the discovery of a strange garbage can from outer space. The Garbage Pail Kids emerge, fart a lot, meet some mutants, steal a Pepsi truck, and meet the “too fat” Santa and the “too bald” Gandhi.

So. Many. Chiles.
Melissa Fossum

Hatch chile season is upon us! Chelsea’s Kitchen will celebrate the occasion with its fourth annual Hatch green chile roast by serving up over a ton (literally — 2,500 pounds are anticipated) of green chiles directly from Hatch, New Mexico, on Saturday, August 31. The themed menu offers unique appetizers, entrees, desserts, and drinks featuring the celebrated pepper. All guests who purchase an entree get a free bag of Hatch chiles to take home. There’s also an all-day happy hour and a green chile roast outside the restaurant. 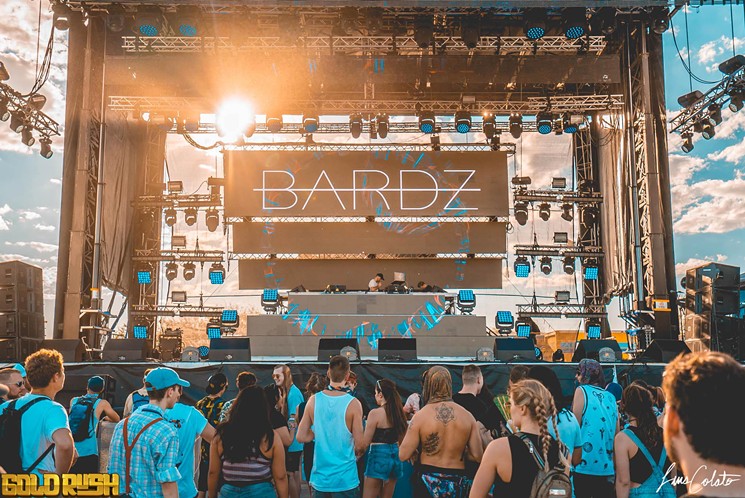 The end of September can’t come soon enough for EDM fans. This year’s Goldrush Festival will be one for the books, thanks to the impressive lineup of Alison Wonderland, ZHU, and DJ Diesel, a.k.a. Shaquille O’Neal.

Can’t wait? You’re in luck. On Saturday, August 31, local DJs will compete at Aura Lounge for a chance to perform at the event. Sets will be judged on technical factors (difficulty, musicality, ease of setup) and interactive judging (track selection, presence, crowd response). Tickets are $10 with proceeds benefitting Phoenix Children’s Hospital. 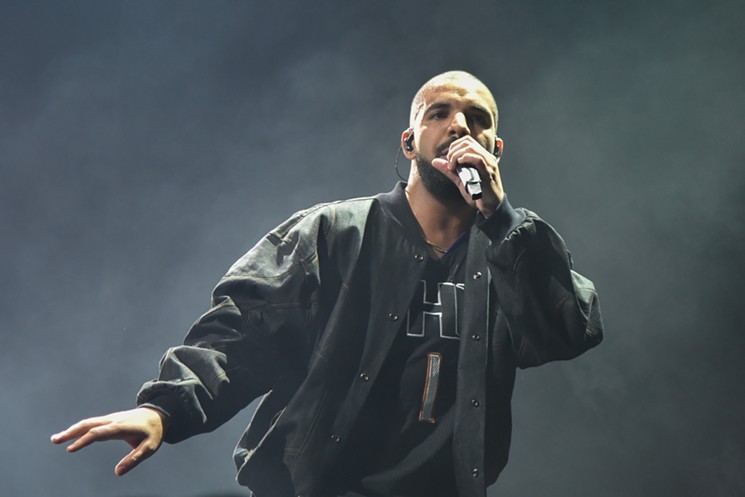 Need a little more Drake in your life? Head over to The Van Buren, 401 West Van Buren Street, for Drake Night: Summer ’19, which kicks off at 10 p.m. on Saturday, August 31, and runs through 2 a.m. Tickets are $10 to $15, and you must be at least 21 to attend. Doors open at 9:30 p.m. Expect a night filled with the Toronto rapper’s hits spun by DJs Pickster and Nameless. Don’t be shy if you know the lyrics to every single Drake song out there. Singing along is celebrated. Lynn Trimble

Yacht rock walks a fine line between irony and timelessness. Toto’s “Africa” is catchy as hell, but Sugar Ray’s Little Yachty may have crossed the line. Skipper hats, bell-bottoms, and brightly colored tropical shirts will always be fun.

Geeks aren’t the only ones having conventions these days. Drag queens have also gotten into the con action, presenting absolutely fabulous extravaganzas in cities around the country. (Heck, even RuPaul has one every year in L.A.) This weekend, the Valley gets its own event, thanks to the folks behind Dragalicious: A Drag Convention.

Local female illusionists and drag artists can sashay over to The Cash Nightclub, 1730 East McDowell Road, on Sunday, September 1, for a day of performances, vendors, workshops, panel discussions, giveaways, an audience participation contest, and runway entrances. Shuga Cain from RuPaul’s Drag Race will be the guest of honor and will perform and conduct a special meet-and-greet (a $15 fee is required).

The convention runs from noon until 8 p.m. General admission is $20 and VIP tickets (which include the meet-and-greet) are $35. Benjamin Leatherman
KEEP PHOENIX NEW TIMES FREE... Since we started Phoenix New Times, it has been defined as the free, independent voice of Phoenix, and we'd like to keep it that way. With local media under siege, it's more important than ever for us to rally support behind funding our local journalism. You can help by participating in our "I Support" program, allowing us to keep offering readers access to our incisive coverage of local news, food and culture with no paywalls.
Make a one-time donation today for as little as $1.
Melissa Fossum
Contact: Melissa Fossum