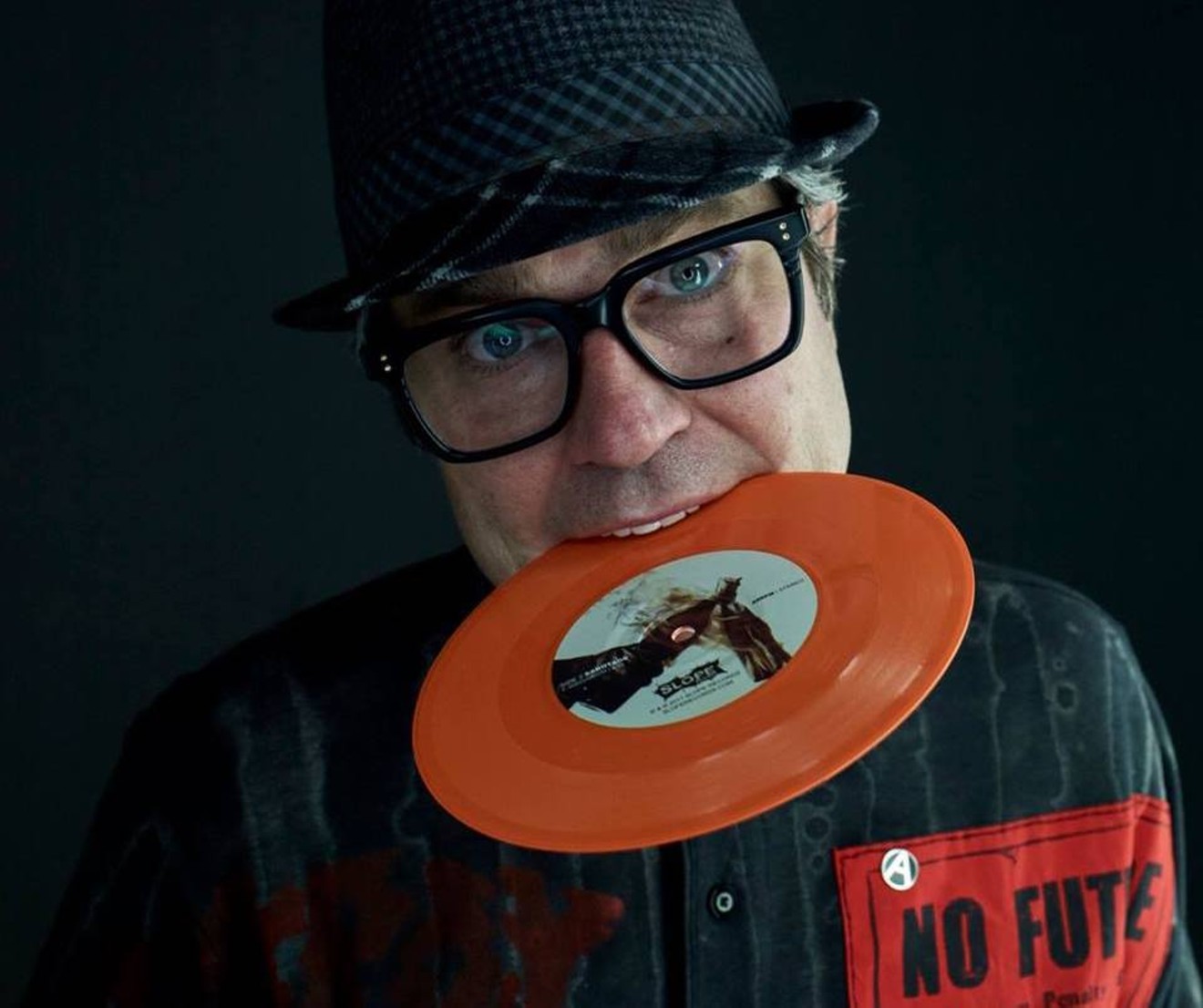 People complaining that there’s no good music in Phoenix might as well be saying, “I am a lame-ass person who would rather make a generic blanket statement than go out my front door and prove myself wrong.”

Because if you’re saying that, you are missing the hell out. Not only is there a giant and rich musical history here, there are always a ton of new bands popping up, as well as established acts keeping their things going.

All those good sounds abounding have inspired record labels to form, in order to capture the works of local talent, as well as sonic offerings from all over the globe. We made a list of several area based labels – 11 of ‘em – so that you can pour some goodness into your ears and plump up your record ‘n’ tape collections.

Slope Records
Straight outta Sunnyslope, Thomas Lopez started the label as a hobby and it's now evolved into a very active and continuously growing label. “Phoenix,” he says, “is all grown up now, and the current music scene is refreshing. I am happy to be documenting some of the artists from Arizona.” Though the label may have originated from a deep love of punk rock, Lopez is interested in many genres and wants the label to reflect that.

You’ll find punk pioneers on the label, like Mighty Sphincter and Feederz, as well as newer bands like Christian Family, Scorpion Vs. Tarantula, and Father Figures. Lopez is looking forward to some upcoming releases from outside of town, like The Cocky Bitches, a side project of Paul Leary from the most glorious of noisy weirdos, The Butthole Surfers. 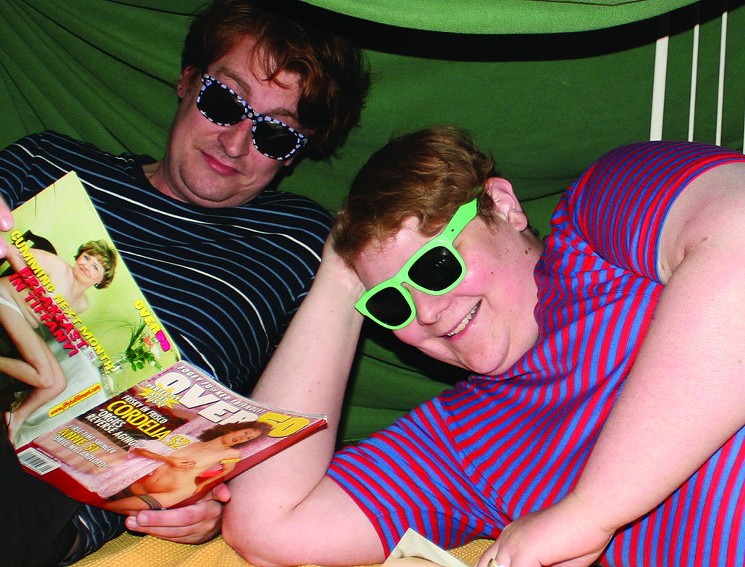 Avery started the label to “put out music from artists that I believe in and want other people to get into.” Everything he outputs comes out in a limited release of less than 500 copies.

His choices definitely lean on the quirkier, more inventive sides of indie rock. The Aquabats “Cadet Beach Party” cassette, for one. The band gave him an unofficial thumbs-up to put his out, and why wouldn’t he go for it? The unique recording by these California rockers that incorporate ska and New Wave is from a campfire show they did in 2001. Treasure Mamma, Space Alien Donald, and Quintron & Miss Pussycat are some of the other acts that have Related releases available. 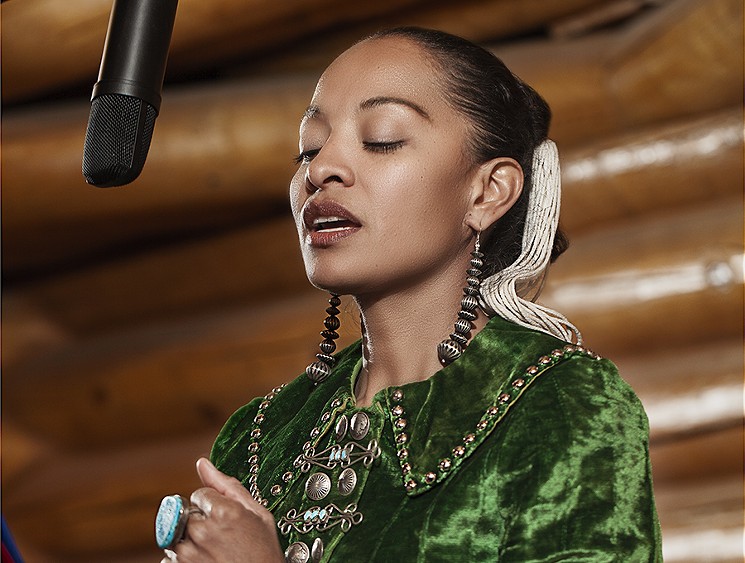 Grammy nominee Radmilla Cody is a traditional Navajo/Dine singer who's worked with Canyon Records.
Photography by Robert Doyle/Canyon Records
Canyon Records
This locally based label has been focused on outputting Native American music since 1951, when it was founded by Ray and Mary Boley. Long before hipsters began setting up shop in downtown Phoenix, this pair had a recording studio on Seventh Avenue and Roosevelt Street in 1948. They first recorded Navajo singer, Ed Lee Natay for the record Natay, Navajo Singer – an album that is still an active release in their catalog. The label has changed hands since then, but this legendary home for so many artists has consistently flourished, releasing new material atop its rich history. Jay Silverheels, Stoney Park Singers, and Thomas Duran, Jr. are just a few of the many artists whose work you can find under the Canyon umbrella. 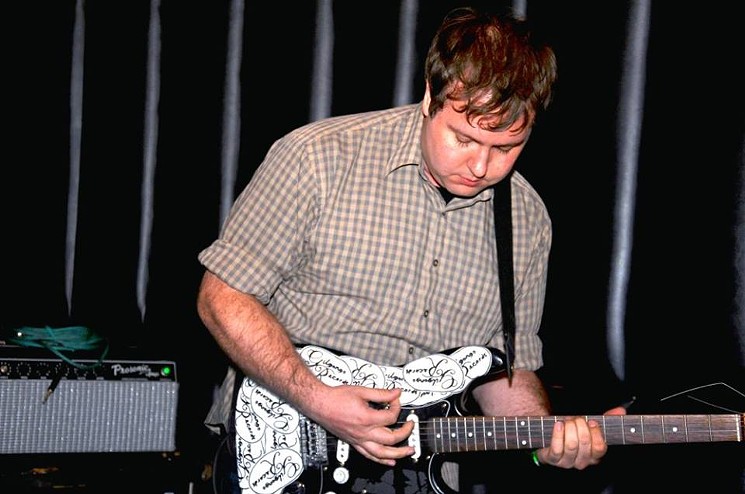 James Fella of Gilgongo Records.
Paul Silver
Gilgongo Records
James Fella’s label started in 2004 as a response to seeing bands he liked, both local and beyond, come and go without any recordings. With a penchant for experimental music and the sonically non-mainstream, Fella’s first three releases were 7-inch singles for the Arizona band Reindeer Tiger Team, California’s Night Wounds, and Woods from NYC. To date, Gilgongo has put out more than 100 releases by established and lesser-known performers and groups. There’s Shearing Pinks, Olivia Neutron-John, Vial of Sound, and Cherie Cherie. Fella also has released music from his own projects, like Soft Shoulder. The label is also hosts an online mail-order component that's strictly curated by Fella and sold via record website Discogs.

President Gator
President Gator founder Jeremiah Gratza says the main focus of this label is “to show the best of what Arizona has to offer, regardless of genre." Each release is different and represents everything from country and hip-hop to punk. The label is starting to expand to include national artists, including So-Cal's Sam Outlaw. Gratza also tells us there’s a couple other brand-new releases in the works, only no one can know about one of them, ‘cause it's top secret. One he did mention, though, is a 7-inch of Tony Martinez’s song “Lonely Has a New Name,” which was co-produced in Nashville with YelaWolf.