Everything You Need to Know About the 2017 PHXAM Skateboard Contest 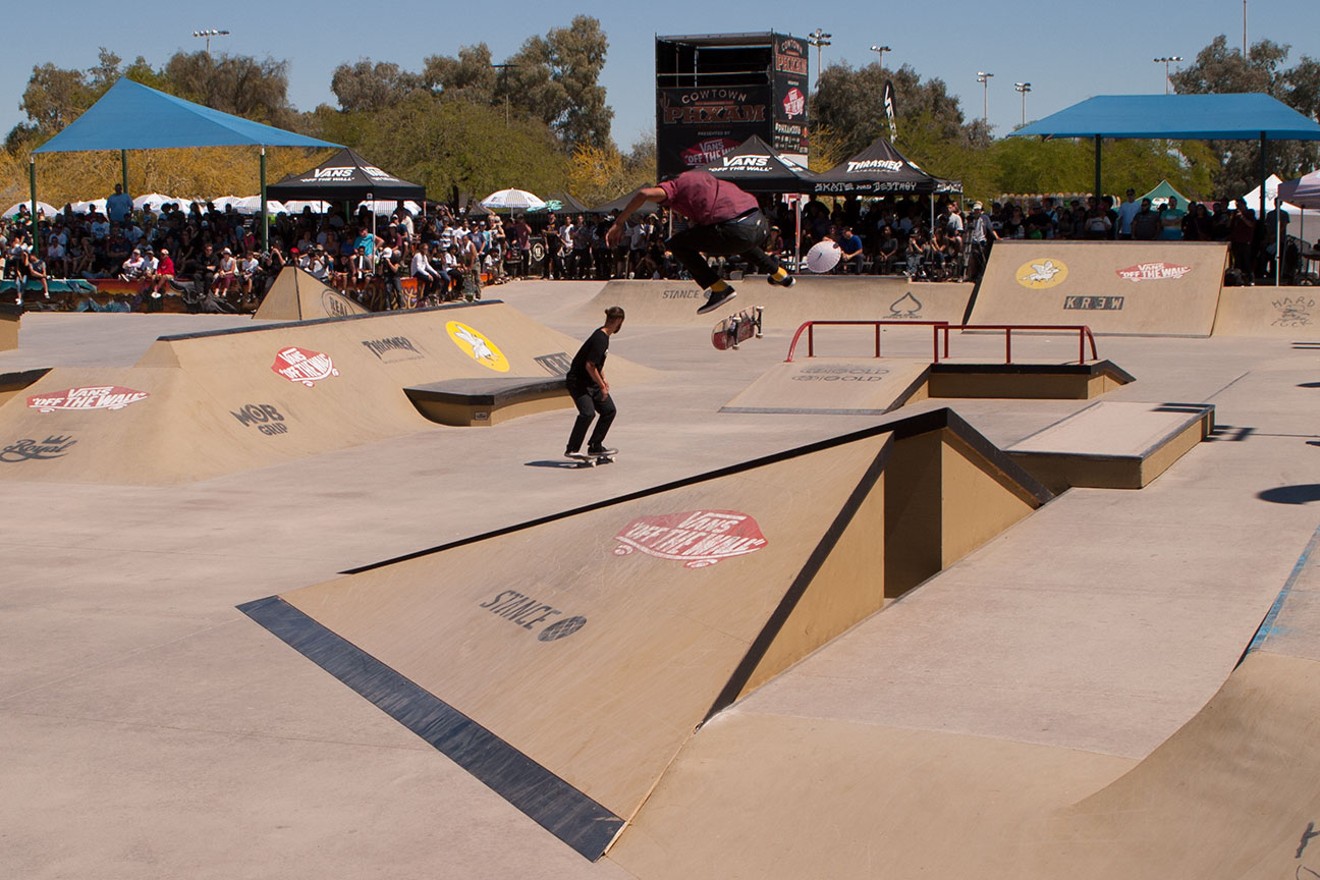 Bryant Chapo during a massive kickflip at the 2016 PHXAM. The 2017 PHXAM tournament is March 25 and 26 at Desert West Skateboard Plaza. b. infante/@onethreeskateboarding
The 16th annual PHXAM skateboarding event will draw some of the best amateur skateboarders in the game to the Desert West Skateboard Plaza for two days of competition on Saturday, March 25, and Sunday, March 26.

Presented by Vans, the 2017 PHXAM tournament gives skateboarders a chance to compete for up to $8,500 in cash prizes. Participants – who must have a nationally recognized industry sponsor to enter – have to register, while spectators have to secure tickets. The 25,000-square-foot, skateboards-only D-West skate park is the usual host for the annual PHXAM tournament, making it one of the better-known skate parks in the Valley.

Gates open that Saturday at 9 a.m., followed by the jam-format (four participants over three minutes) qualifiers event, where 39 riders go on to the semifinals, and the first-place rider earns an automatic spot at the finals.

The semifinals start at 10 a.m. on Sunday, where the top 11 riders join the previous day’s first-place winner – making 12 riders for the finals. The finals are followed by the best trick competition, the award ceremony, and later, the much anticipated after party.

Of course, every good skate competition needs a better after-party.

Presented by Volcom, the official PHXAM After Party starts at 8 p.m. that Saturday night at The Pressroom, following the PHXAM Qualifiers events. Rapper Denzel Curry headlines after live bands and DJs. It's a 16-and-up event, and a bar is available to those 21 or older. Tickets ($15) can be purchased at all four Cowtown locations or online.

Spectator tickets are $5 each person, each day, and can be purchased at all four (Phoenix, Glendale, Tempe, and Litchfield Park) locations of Cowtown Skateboards, or the website. Find more information at the PHXAM website – where Sunday's semifinals, finals, and best trick event will also be streaming live.