Joey Maggiore of Hash Kitchen Hash Kitchen
The team behind some of the Valley's most popular brunch spots and Italian restaurants has two new projects in the works.

The Maggiore Group, run by husband and wife Joey and Cristina Maggiore, runs Hash Kitchen, a brunch chain known for its mimosa flights, elaborately topped hash potatoes, and monstrous bloody mary bar, along with Italian joints the Sicilian Butcher and the Sicilian Baker.

In late 2021, the company branched out to a new cuisine, opening The Mexicano on Cactus Road. The menu continues Maggiore's signature showmanship with dishes including a rotating Ferris wheel of guacamole and salsa, a dish called "the best f#*%ing birra nachos," and a host of margaritas piled high with toppings.

Now, the group has announced plans to bring two new concepts to the Valley.

The first is called the Rosticceria, and promises to be "Arizona's first Italian rotisserie wood-fired grill," according to a press release.

The restaurant will feature wood-fired and roasted meats, craft cocktails, and live music. 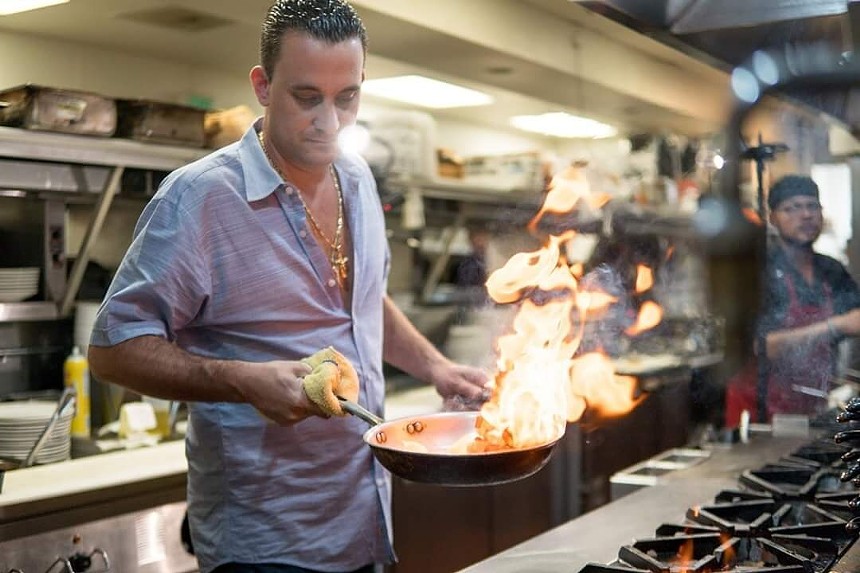 Chef Joey Maggiore grew up in his father Tomaso's Italian kitchens.
Courtesy of Stephanie Ferrer
The second concept in the works sticks to the family's heritage, and will be called the Italiano. This restaurant is a tribute to the chef's father, Tomaso Maggiore, who opened Tomaso's on Camelback Road in 1977.

According to the release, the chef is "taking after his father's footsteps" at this new restaurant, which is described as "casual," "elegant," and "modern." No estimated opening date has yet been set for either new concept.

9301 East Shea Blvd. #137, Scottsdale
KEEP PHOENIX NEW TIMES FREE... Since we started Phoenix New Times, it has been defined as the free, independent voice of Phoenix, and we'd like to keep it that way. With local media under siege, it's more important than ever for us to rally support behind funding our local journalism. You can help by participating in our "I Support" program, allowing us to keep offering readers access to our incisive coverage of local news, food and culture with no paywalls.
Make a one-time donation today for as little as $1.