Call us purists, but a CD jukebox is about as sterile as the jewel case the CDs come in. Who wants the same sound you can get in your car stereo or home entertainment center when you're in a bar? No, you want a layer of grime and filth on your music to go with the beer and cigarette surroundings.

And that's just what the Emerald Lounge's old war-horse provides: old, battered 45s teeming with distortion and surface noise. Even rappers factor in vinyl pops and clicks -- crackles spell comfort. While a 45 jukebox has fewer selections than a CD, you still can't beat a machine that has Aretha, George Jones and Tommy James and the Shondells all jamming its gears. 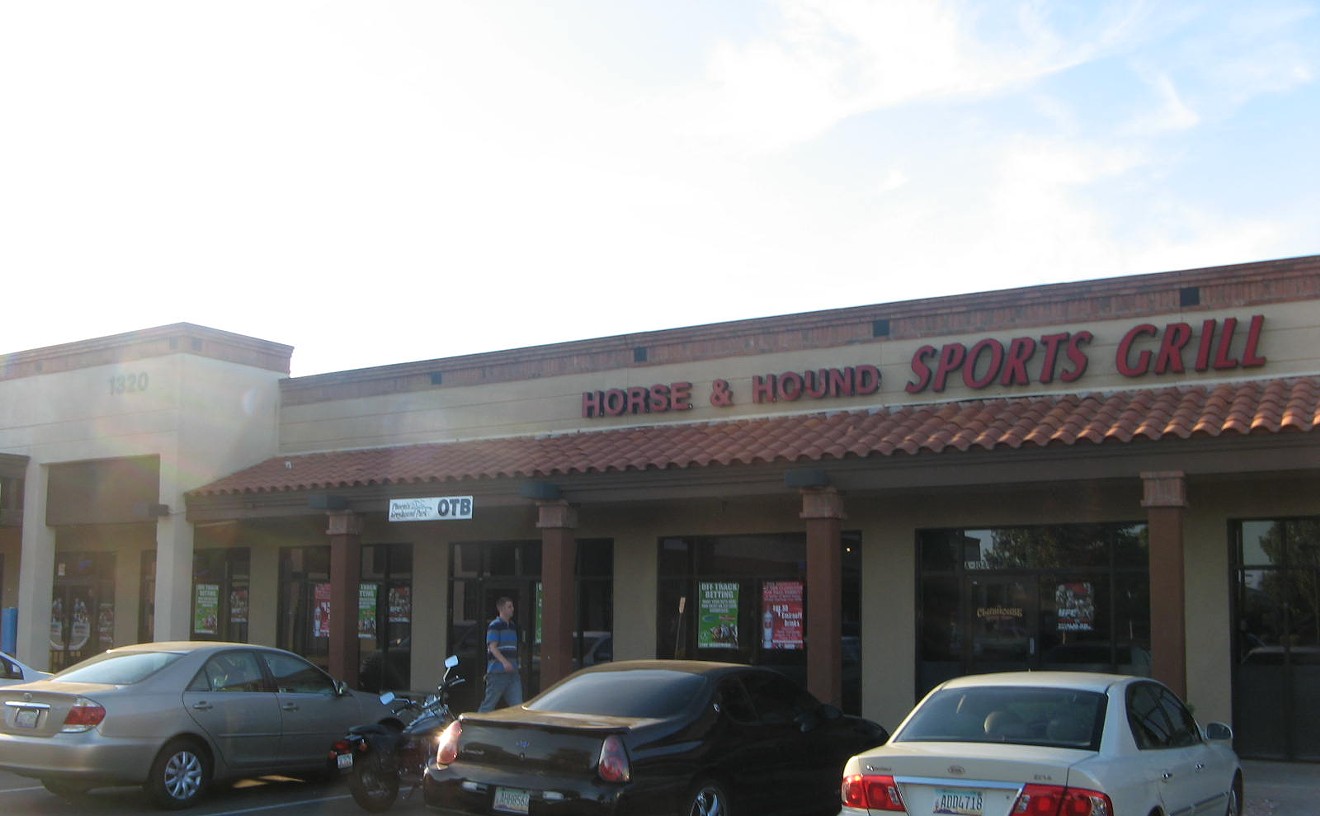 Worried that someone from your Gamblers Anonymous group might catch you at Greyhound Park? Then Horse & Hound is the bar for you -- the OTB parlor regularly features simulcasts of some of the biggest races around.

The H&H is also the place for enthusiasts of the wildly popular Golden Tee golf video games -- the Hound features Golden Tee 2000 on a big-screen monitor, as well as the brand-new Golden Tee Fore!, which contains some amazing 3-D action. Be the ball.

The Hound's got a great selection of other options for those of us who like to play while imbibing: pool tables, car-racing video games and even shuffleboard (of the tabletop variety, not The Love Boat kind).

Inside the cozy Emerald Lounge you'll find no oversize TVs belching out jock-o fare, no smug bartenders, and no barmaids whose hopped-up attitudes are in direct proportion to their surgically augmented breasts. Hell, the Emerald doesn't even employ a barmaid.

What the lounge does offer is cheap booze served up by genial drink-slingers in an unaffected atmosphere that's equal parts Bukowskian watering hole and trendy Silverlake lounge. On any given night, a live rock band or DJ booms the gamut of punk rock to hip-hop for an unusual mix of off-duty strippers, hot rodders, professional drunks, working-class stiffs, and the usual cadre of artists, writers and musicians. One of the lounge's bartenders -- the ever-charming Miss Cary -- is a woman who's been pouring drinks in the Phoenix underbelly for the past 50 years and still takes to using words like "baby" when greeting you.

With its smoke-stained, Prussian red and black interior, Mondrian motifs and pool tables, this dingy den is a hip hellhole to some and a glorious old-man bar to others. But no matter how it's perceived, Phoenix's sole bastion of boho can never be accused of taking itself too seriously.

Sure, Bailey's is sated with archetypal showboaters in French maid outfits and Britney-ready schoolgirl garb who slither and spin to rock riffage like AC/DC and Buckcherry. But the scene is hardly reminiscent of the classic strip bar milieu portrayed accurately in the Crüe video for its song "Girls, Girls, Girls."

Darkly lighted with gilded walls, ersatz foliage and inconspicuous patrons who strangely keep to themselves while focusing scrupulously on the sinewy and zaftig dancers, Bailey's has a subtle feel that's straight off the pages of a John O'Brien novel. It's an ambiance dissimilar to any other "cabaret" in town. It's at once strident and discreet, a contradiction that makes it the city's optimal spot for stripper buffs to consort discreetly.

"The Martini is to middle- and upper-class American society," says martini maven Barnaby Conrad III, "what peyote is to the Yaqui Indians: a sacred rite that affirms tribal identity, encourages fanciful thought and -- let's be honest here -- delivers a whoppingly nice high."

We'll drink to that.

And given our druthers, we'll be doing it in the understated elegance (Southwestern chandeliers, ornate wooden columns, a tuxedoed jazz pianist) of the cocktail lounge at Harris' Restaurant, where martini protocol amounts to religious ceremony -- right down to a signature crystal carafe nestled in an ice-filled mini-barrel. God forbid that one's last drop of martini be anything but properly chilled. 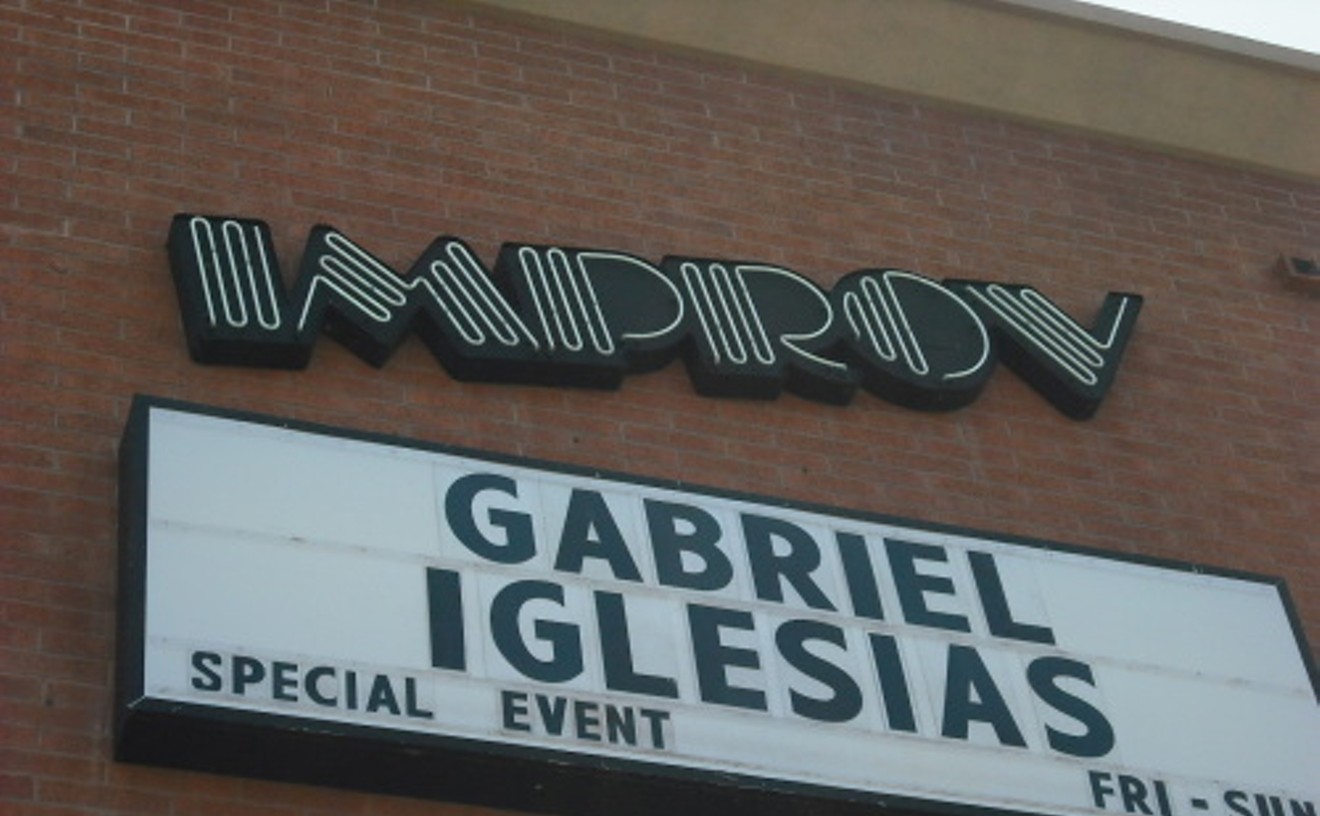 Rim shot -- the consistency! The Improv has mastered the perfectly blended daiquiri -- not too fruity, not too bland, and, most important, not too slushy. And while it's not traditional, and it's certainly not necessary, we also relish the whipped cream topping, itself topped with a maraschino cherry, skewered by a tiny sword.

The Improv? Take its daiquiri, please.