BEST PLACE TO BUY BREAD FOR PEOPLE WHO CAN'T EAT IT

Gluten Free for You

For the one in every 133 people who suffers from genetic autoimmune gluten intolerance in one form or another, jokes about the Texas Two-Step and Montezuma's Revenge are not particularly funny. Nor is the fact that these people can't ingest any grain product containing gluten (including wheat, rye and barley) without suffering even more severe consequences, like intestinal damage, joint pain, unwelcome weight loss and malnutrition.

Relief for the gluten-intolerant has come to town. Gluten Free for You, co-owned by Kris Anderson and Tom Rich (who himself is gluten-intolerant), specializes in bread, pasta and cracker products that are guaranteed gluten-free. Not only does it carry ready-made foods made from rice, potato, soy, tapioca and bean flour, but it also stocks mixes for making bakery items, including wheat- and gluten-free cakes and muffins. Gluten Free for You also maintains a convenient Web site, from which you can buy its products by mail order.

We can't imagine a world without pizza, bagels, ice cream cones or cookies; now celiac sufferers in Phoenix don't need to live in one. 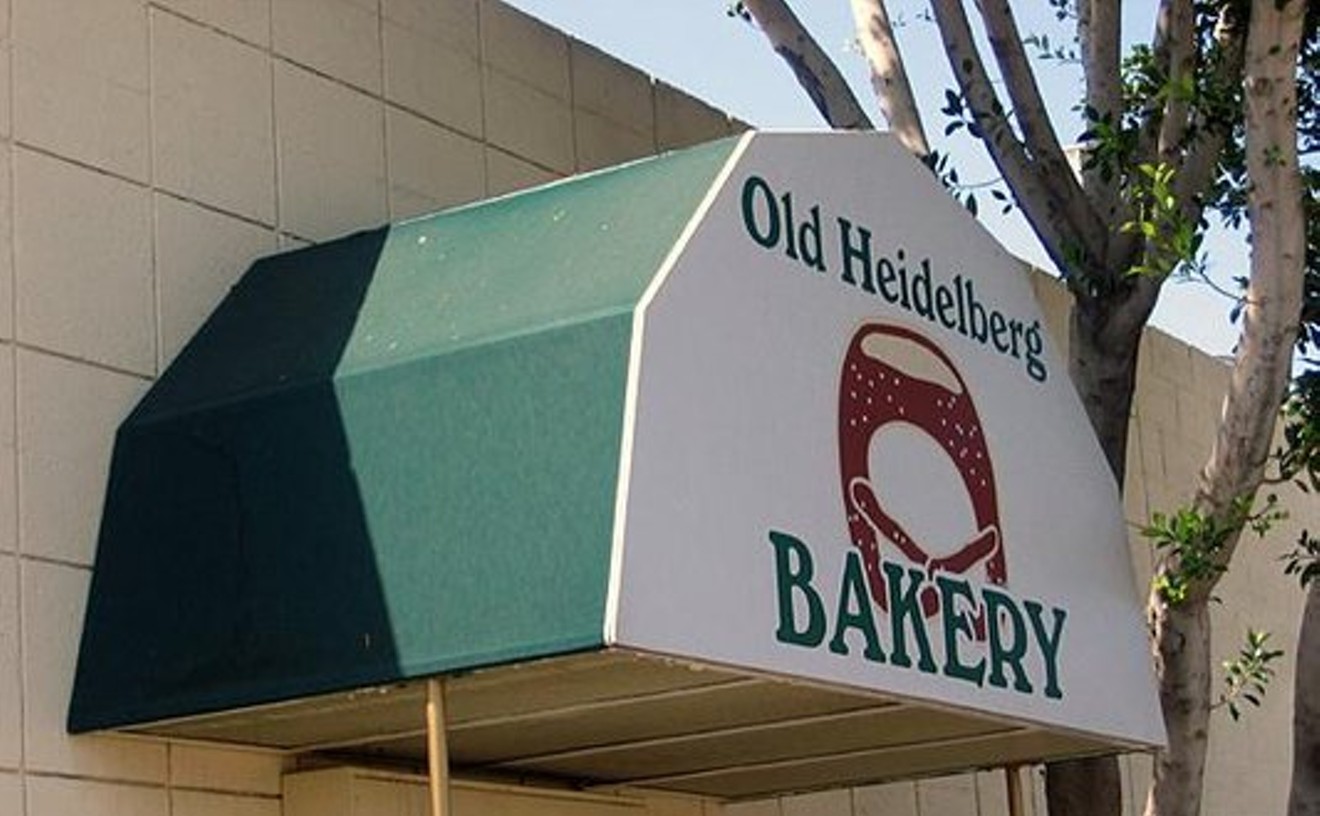 From the pretzels to the strudel, this outpost of the old country is the finest place in town to find fresh-baked German goods. We also had fun browsing the aisles of the small market. Who knew so many varieties of gummis existed? Old Heidelberg also features a wide selection of sausage, and, judging by the accents we overheard on our visit, is about as authentic as you're going to get, in these parts. 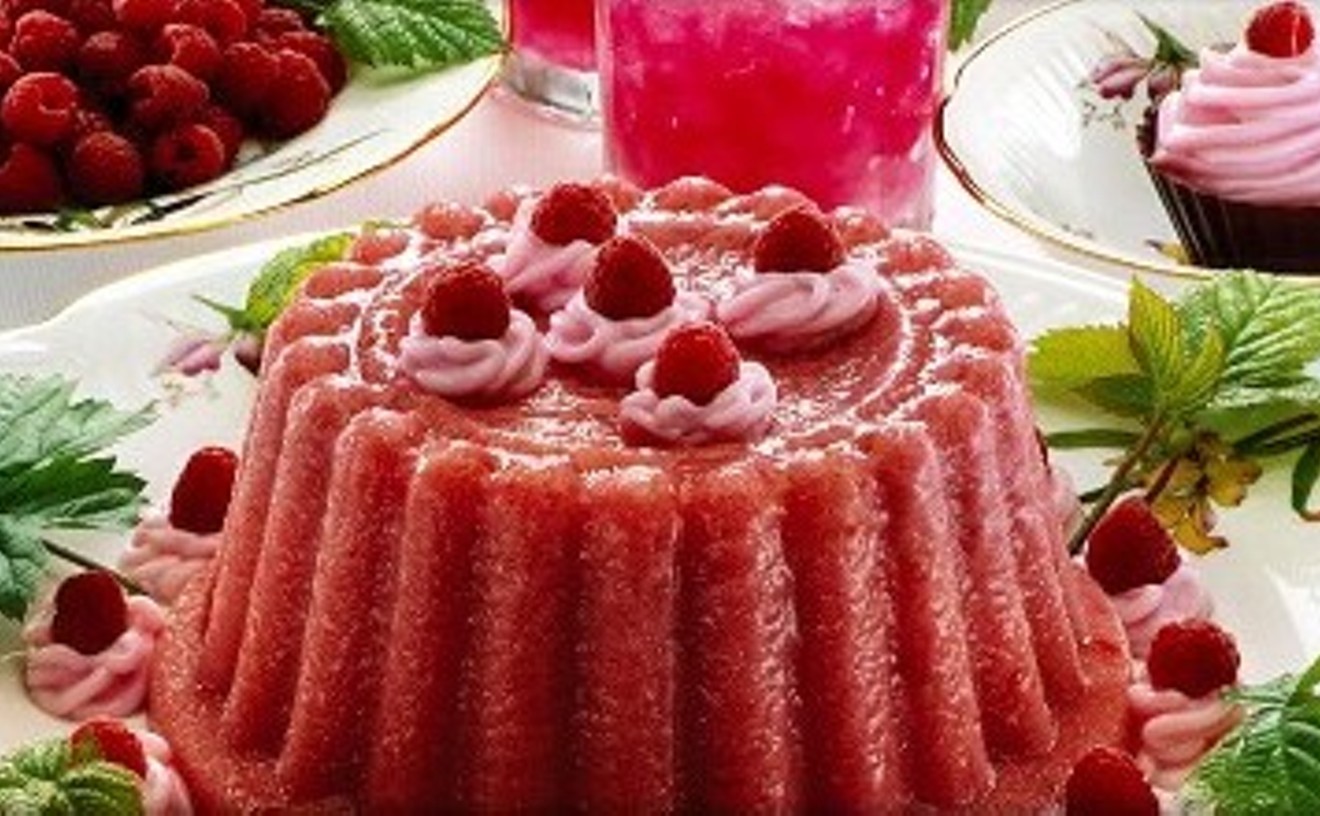 If you walk into a Valley bakery and ask for mandel bread (instead of biscotti) or challah (rather than egg bread), some folks around here might think you're a little meshugana. But not the staff at Karsh's. They've run the Jewish bakery in town for decades, providing the city with rugalach, bagels and onion rolls. You can get the best black-and-white cookie around at Karsh's, and they'll even bake you a wedding cake or a birthday cake with your mug on it. Without official rabbinical blessings, the place isn't technically kosher (it's open on Saturdays, an obvious no-no but an even more obvious "yes," given that Karsh's is trying to run a business in a not-so-Jewish town!) but it does use kosher products and honors kosher baking practices.

That's kosher enough for us! Pass the rye. 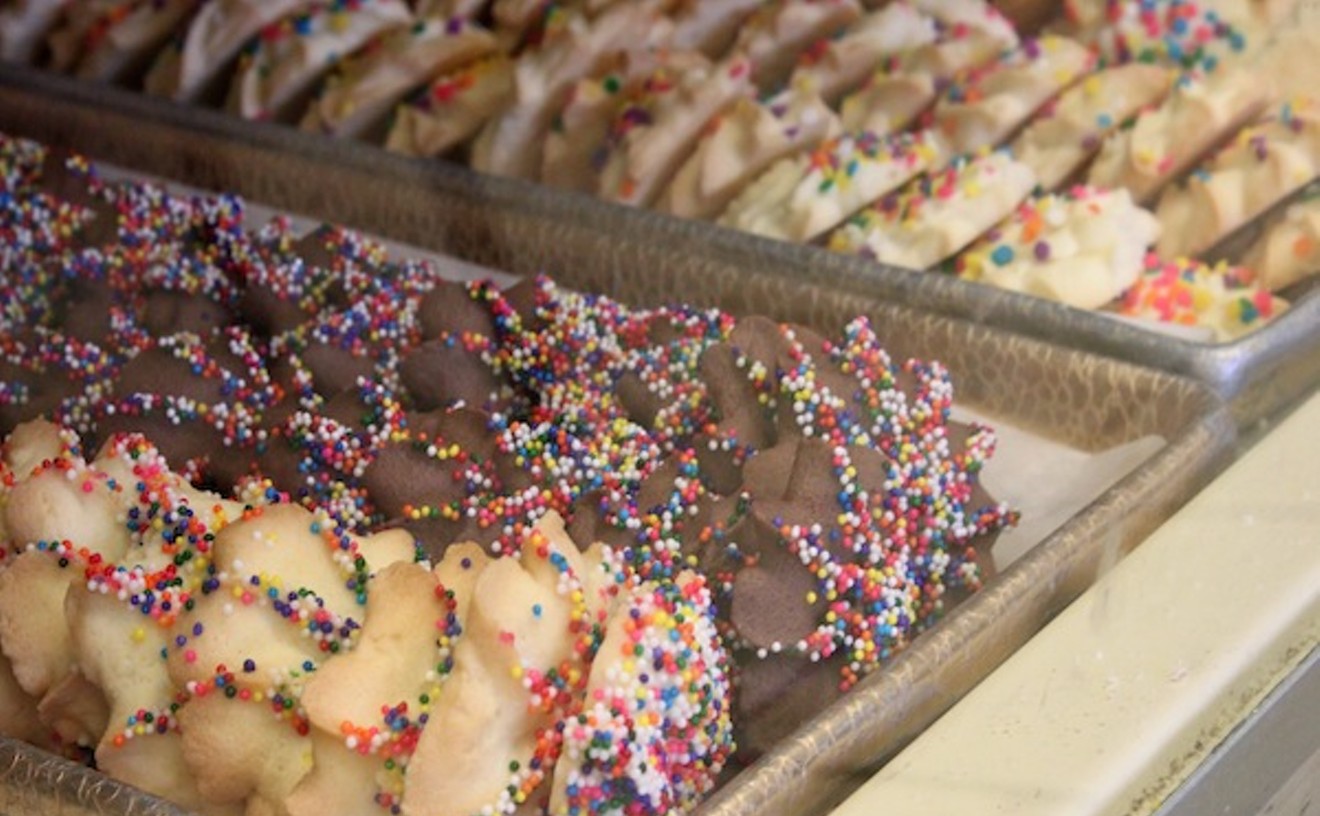 Diana Martinez
The folks at Barb's are so accommodating when it comes to decorating their infamous iced cookies that we once brought Mexican paper flowers and asked if they could match the colors. They could, and unfortunately (because we didn't think ahead) our guests left the party smeared with shocking pink, red and dark purple icing. Yuck. We suggest you stick to pastels, for your own good, but even with a limited color palette you can choose from a wide variety of cookie cutters or bring your own -- even a martini-shaped cutter, which we bought online and provided to Barb's staff, who happily created a cocktail almost as good as the real thing.

Okay, so we've got a thing for iced cookies. You will, too, after you try Barb's cookies, which taste as good as they look.

Sarah Whitmire
This is the best sausage fest ever: meaty butts, thick kielbasas, and Hungarians that'll leave your mouth orange with paprika. May sound like the after-party for an all-male revue, but get your gray matter out of the gutter! We're talking about McDowell's own Stanley's Home Made Sausage Co., which has been in business since 1963 under three sets of owners. For the past 16 years, it's been in the hands of the Stevanovic family -- 31-year-old Marko, and his mom and dad, Emilia and Vukadin. They handcraft some 46 different kinds of meats and sausages, everything from smoked pork butt and bratwurst to hot dogs with natural skins and sausages made like those from Hungary, Yugoslavia and Romania. Amazingly, the Stevanovics move some 2,000 to 5,000 pounds of meat a week through the McDowell location, as well as through their new store on Bell Road. They produce some of the best Polish pierogi in the Valley as well. Ah, soft dumplings and a nice hunk of butt -- what else could you hope for?

Heather Hoch
Freshly baked rugalah
After a trip to Yasha From Russia, we really wish we could read Russian, Bulgarian, even a smidge of Turkish. That's because the majority of labels in this incredible deli market are written in those languages and several others that use the Cyrillic alphabet, which is Greek to us, so to speak.

Where do we begin? Yasha has one of the most extensive inventories of Eastern European and Russian delicacies this side of Uzbekistan. You name it, Yasha's got it -- dried and salted, pickled, marinated and sauced fish of what seem like a thousand and one species (like, what is a sprat, anyway?), fresh pickled tomatoes and cucumbers, cheeses made from cow, goat and sheep milk (including kashkaval, a tangy sheep's milk cheese from Bulgaria), dumplings with potato, cheese, meat or sour cabbage filling, Russian pastries, cookies and candies, jams and jellies, teas and coffees -- plus fancy imported china and tea glasses to eat and drink them from. And good luck trying to choose from Yasha's army of sausages and salami (you have to try the gypsy sausage, a peppery, salami-like sausage that's addictive). Looking for ikra, better known to non-Russians as eggplant caviar? Ajvar (roasted red pepper dip/sauce)? How about guvetch (Bulgarian lamb ragout) or imam bayeldi (Russian eggplant and tomato appetizer)? They're all here. And to wash everything down, Yasha graciously offers a dizzying selection of esoteric wines and spirits from Russia, Georgia, Romania and Bulgaria, among other Eastern producers.

Hundreds of Asians make their way to this part of town every weekend as if it were some sort of Vietnamese Mecca, and with good reason: Not only can you score a bowl of pho -- rice noodles in fragrant beef broth -- at the Vietnamese restaurant Yen Mi, but after your meal, you can walk next door to one of the state's biggest Asian supermarkets (Lee Lee's Oriental Supermarket) to buy the ingredients to make your own. If that isn't enough, there's a Vietnamese dentist, eye doctor, nail salon and hair stylist -- all on the same corner. To make the Southeast Asian beauty of the intersection complete, Lee's Sandwiches just opened this summer. The brand-spankin'-new bakery sells authentic Vietnamese sandwiches and coffee just like the ones you can get from cafes in Vietnamese-populated Santa Ana, California.

It may not be the streets of Saigon, but this intersection is pho-king great.

If the only thing you know about Korean culture is what you learned from reruns of M*A*S*H, it's time to turn off the tube and make a trip to this Mesa strip mall. There are the standard favorites: a Korean grocery store (Asiana Market) to pick up some kimchee, and a restaurant (Hodori) that serves huge portions of kalbi (Korean barbecued beef short ribs). For some after-dinner entertainment, hit up Koreana Video and pick out popular subtitled goodies like My Sassy Girl or movies starring Korean superstar Lee Byung-heon -- both have earned cult following from Koreans and non-Koreans alike.

If Kim Jong-il ever visited the Valley and wanted to feel at home, this corner in Mesa would be the place to go.

If home is where the heart is, and the best way to a person's heart is through the stomach, then Japanese natives longing for the Land of the Rising Sun will find no better cure for homesickness -- or hunger -- than a visit to this tiny Tempe strip mall, where food is the main attraction. For chicken teriyaki that's tasty, quick and inexpensive (just the way time-strapped Tokyoites like their eats), Tokyo Stop makes a handy lunch spot. Right next door is Fujiya Market, where customers stock up on imported noodles, mixes, sauces and seasonings, or -- if they're lucky -- grab one of the daily made obento that sell like hotcakes around midday. And just on the other side of Fujiya is Arai Pastry, home to divine desserts like green tea mousse, fruit tarts and éclairs, as well as a small selection of sandwiches. If you love the doughiness of fresh white bread, try the fragrant, thick-cut loaves at Arai. Rice may be Japan's carb of choice, but this comes in a close second.

According to the Somali Association of Arizona, there are more than 5,000 Somalis living in Arizona. The majority of them have moved to Phoenix in the past five years, and the Somali presence is especially noticeable along McDowell Road in east Phoenix. Indeed, the unnamed strip mall located at the northwest corner of 51st Street and McDowell should be dubbed "Little Mogadishu," or "Little Somalia," or, perhaps more romantically, "The Horn of Africa," as it is quickly filling up with Somali businesses and seems to be something of a Somali social center. There's the brand-new Juba Restaurant, a somewhat higher-end cousin to the bare-bones African Cafeteria; a Somali dress shop; and the Café Internationale, where off-work Somali men watch soccer on a big-screen TV. There's still a Subway sandwich shop present, a bar called the Rework Lounge, and a massage parlor curiously named "Friction Massage." But the Somali influence seems to be on the increase, at least in this little corner of town, and we can think of nothing cooler for the PHX.