Best Keeper of the Peace

Sergeant Al Ramirez is the coolest kind of cop: He prevents bad stuff from happening, all while protecting your First Amendment rights to freedom of speech and assembly. A good day for him is not arresting anybody. His mission is making sure people on opposing sides of an issue holler and fuss at each other, but never come to blows and end up going home without incident.That's a tall order when you're assigned, as Ramirez has been for many years, to the Phoenix Police Department's Community Response Squad, which is charged with keeping the peace at demonstrations and protests of all kinds, from rallies by the neo-Nazi National Socialist Movement to marches by those opposed to Senate Bill 1070. Often, Ramirez is in the middle, making sure people can express themselves, whatever their political affiliations, without violence ensuing. He's been a cop for decades and has the wisdom to know that it's better to talk people down than threaten arrest. Though in case you get any ideas, those handcuffs on his belt still work, bro, and he's got forearms as big as Popeye's, in case you choose to tango instead of talk.

Talk about an easy act to follow! Andy Thomas quit his gig as Maricopa County Attorney to run for higher office (and lose) after laying waste to the concept of dispensing justice equally during his six years at the helm. Hell, the demagogic Harvard law school grad is probably going to lose his ticket to practice law, at the very least. Montgomery, who assumed office in January after working a few years for Thomas as a prosecutor, has every bit the hang-'em-high bent of his notorious predecessor. But that's where the resemblance ends. Montgomery took pains from the start of his tenure to bridge the chasm between his office and the two other county government branches — judicial and legislative. He is not going to have a pliant Barnett Lotstein, Phil McDonnell, Lisa Aubuchon, or Sally Wells-type (Andy Thomas lieutenants) do his bidding. We will continue to disagree with him about a lot of stuff. But a breath of fresh air is what Bill Montgomery certainly has been.

Best Example of a Last Laugh After a Public Humiliation

Jack Harris was a Phoenix cop for nearly 40 years who rose through the ranks to take the helm for six years. He spent a few decades in "motors," patrolling the mean streets on his trusty motorcycle before landing as a top administrator for his agency. A likable and straight-talking fellow, Harris retired as "police chief" for about a minute, and then was rehired as "public safety director." That enabled him to collect hefty pension benefits and a substantial salary. But things went south after Harris got crossways with the increasingly politicized police union, which successfully demonized him as "pro"-illegal immigration and other such nonsense. The union and other Harris haters won the day after a bizarre flap over kidnapping statistics, and the chief got the boot just one day after publicly telling his enemies, "Anyone who wants these stars can come and get them!" They did. But they didn't get his pension — actually, quite lucrative pensions. Harris is in line in about a year to start getting a second check for his long tenure. We should be so lucky to get canned.

Best Underground Escape Route for the Mayor of Phoenix 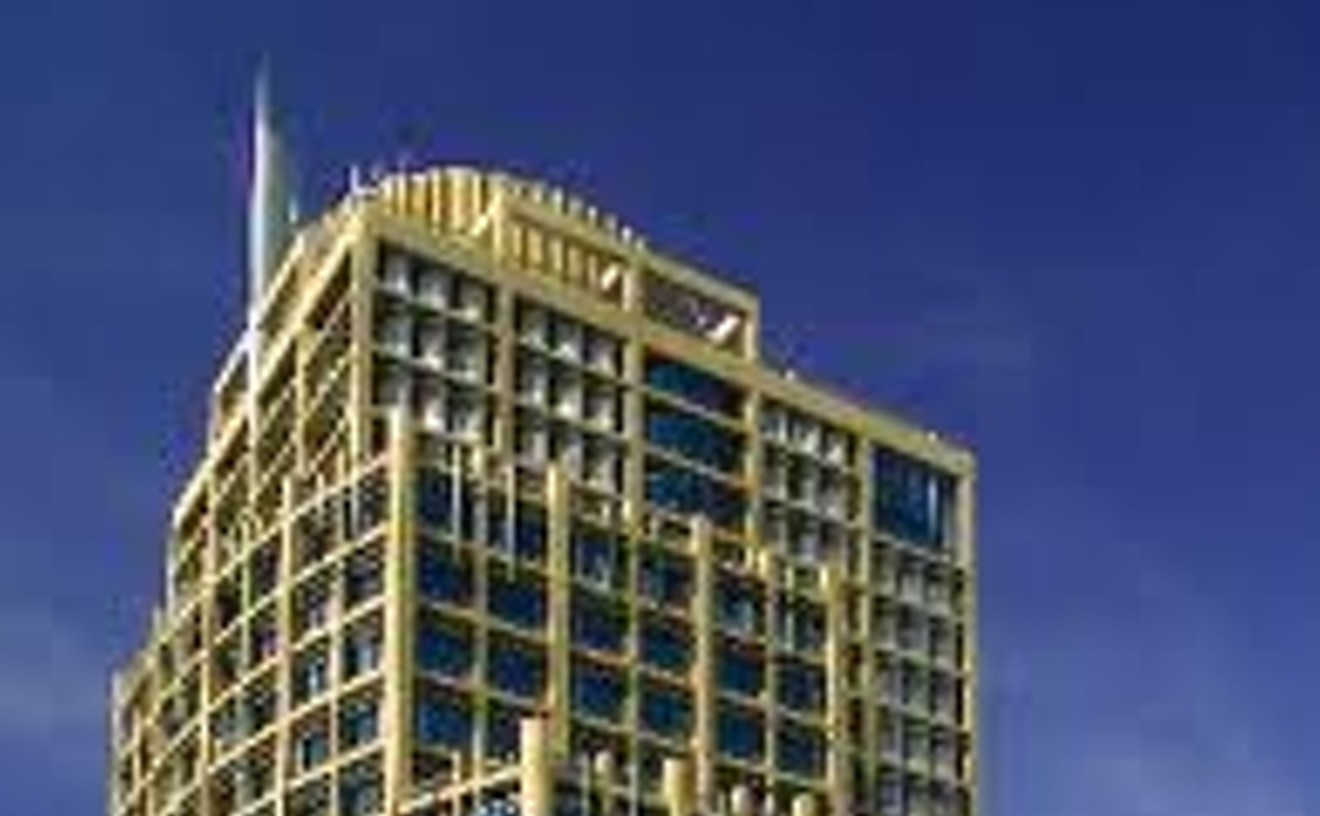 Get this. An underground tunnel runs beneath Phoenix City Hall, connecting City Hall with other city buildings, including the Calvin Goode Building on the south side of Washington Street. Accessed by a freight elevator, the passage is used by city workers tending to underground equipment. But in a pinch, it's also regarded as an emergency escape for the mayor during a security threat — or to evade pesky reporters camped outside the Mayor's Office, waiting to ask questions after a particularly contentious city council meeting. While we're at it, we'll tell you about another nifty escape route for the mayor: a set of interior stairs that connects the 11th and the 12th floors of City Hall. To get away from someone on the 11th floor, easily slip upstairs, effectively avoiding the public elevators on the 11th floor, and hop into the 12th-floor elevators. Don't worry, the elevators won't make a stop on the 11th floor. Once inside, a special pass waved in front of the elevator panel engages a nonstop ride straight to a secured parking garage beneath City Hall reserved for top city officials.To see an illustrated map of the mayor's escape route, visit www.phoenixnewtimes.com/best of2011.

Even when it's not 115 degrees out, we like to head underground to our favorite secret subversive hideaway, where we can relish the big-city vibe of an underground tunnel while also enjoying live music and public art, besides. And even though the Camelback Pedestrian Underpass isn't exactly a secret (it would be hard to hide a much-publicized passageway that runs under Camelback Road and connects two of the city's most popular dining and shopping destinations), we can't help feeling kind of like we're in on a special alternative-universe version of Phoenix, where we're watching a free performance in an underground subway station.Completed in 2007, this glorious, 86-foot-long pedestrian underpass just east of 24th Street on Camelback provides safe passage for people moving from, say, the condominiums and office park at Esplanade Center to the shops and restaurants at Biltmore Fashion Park. Seen from the street, the underpass looks like a bump in the road with nice xeriscaping on either side. Down below you'll find decorative pavement, lush landscaping, and rubberized asphalt to minimize noise and increase proper air circulation. But the real secret to the well-lit tunnel's success is its otherness: We feel as if we've wandered onto the platform of an especially glamorous subway stop, where we always linger to read the pamphlets being passed out by a city-wise political activist or enjoy the music of one of the several musicians who perform there from time to time. We gaze at the lovely terrazzo mosaic and pretend we're in the big city, where one can go briefly underground, only to emerge at the other end having enjoyed getting to where we're going.

Arizona has been referred to as the "meth lab of democracy." One look at some of the asinine legislation that passes through the state Legislature and you'll know why. Picking the most humiliating of the droves of embarrassing bills our leaders waste their time — and your money — considering is no easy task. However, a clear winner has emerged: Representative Carl Seele's "Birther Bill," which could have required a presidential candidate to provide documentation describing what his penis looks like to get on the ballot in Arizona. Even Governor Jan Brewer wasn't batty enough to take that bait.

People can be lame, so the next time your best friend has a make-out session with your boyfriend or your friends draw on your face after you accidentally pass out with your shoes on — ditch 'em and pick up a new best friend from Maricopa County Animal Care Control. If you're looking for loyalty, companionship and unconditional love, puppy dogs and kitty cats are where it's at — we dare you to take a trip to the so-called "pound" without falling in love. You can find just about every breed of dog and a rainbow of colorful cats and kittens at this animal shelter, and they take care of all the pesky details like spaying and neutering, vaccines, and microchipping for a super-reasonable adoption price. One of the ultra-friendly volunteers or a member of their knowledgeable staff will help make sure you team up with the perfect new pet.

Every now and then, everybody needs a birth or death certificate. However daunting the task, this office's staff (who are somehow both blazingly efficient and reassuringly motherly) will help you get it done. Normally, we never say this about the bureaucracy, but call first — you'll get a human being who'll make sure everything's in place before you show up in person. When you do, and you have to take a number, don't despair. Just turn off your phone and enjoy a few minutes of serenity; they'll be with you in no time. And there's a free parking lot!