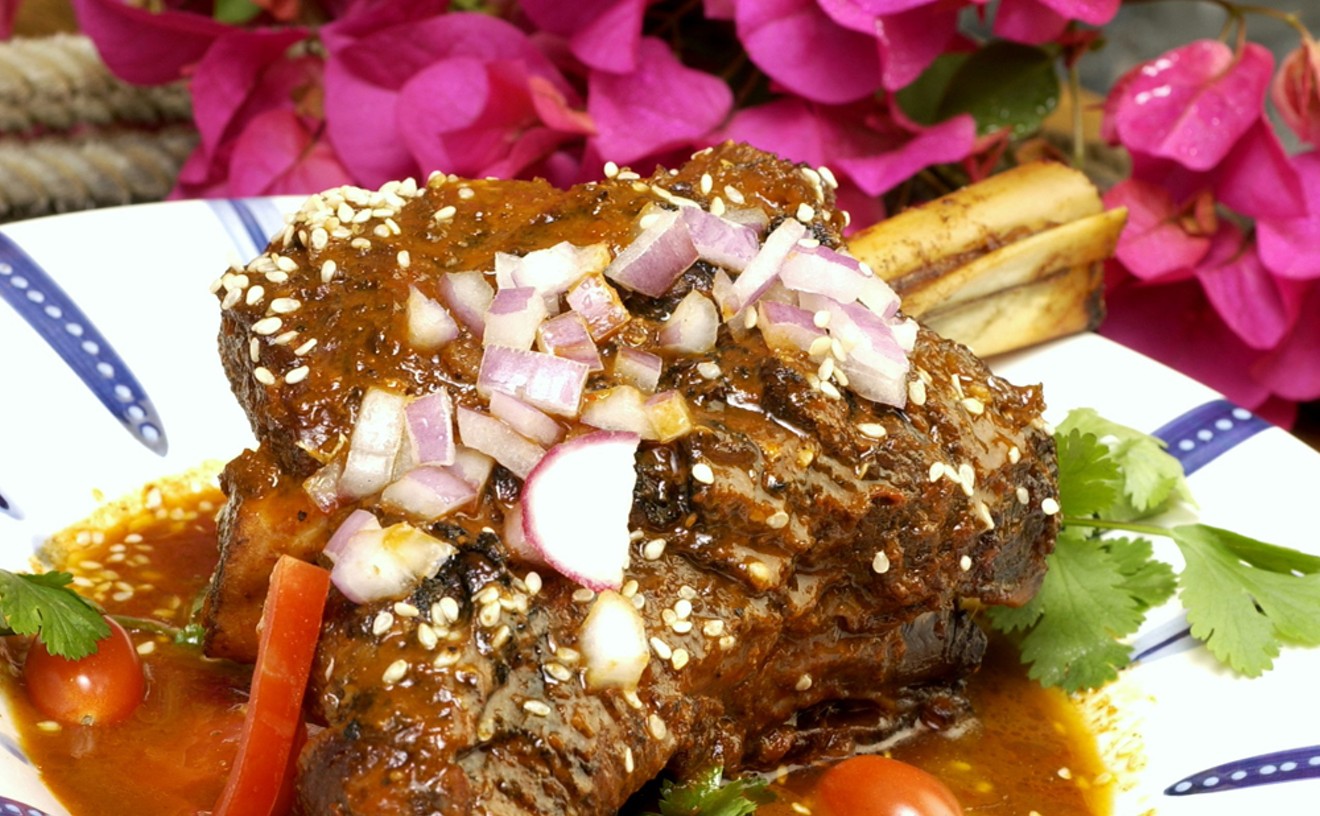 All over the world, humans eat some strange stuff, and the Southwest is no exception. Huitacoche, or corn smut, looks a great deal like a piece of corn that's gone bad. But corn smut is a delicacy south of the border and, lately, people have been trying to bring wider recognition to this ancient delicacy.

It's a tough sell. The problem is that corn smut is basically a petri dish you can eat. There is no corn smut plant — this isn't a strange-looking plant with a strange fruit. This is what happens when a very particular kind of fungus infects a corn stalk and slowly makes its way to the individual kernels in a growing ear of corn. These kernels grow into "galls," which basically are massive tumors that eventually consume the entire ear. The end result is an ear of corn that looks like a burned brain, with its blueish-black color. Tasty. For eating, the corn smut is harvested before it can fully develop and fill with spores. At this stage, the infected kernels are still moist and soft, suitable for serving with tacos and quesadillas. They possess a sweet woodsy flavor akin to mushrooms. They're also quite a bit healthier than a normal ear of corn because, in the process of corrupting the corn, the corn smut is able to create a number of useful chemicals that corn normally lacks. So it's tasty, it's nutritious — and it's still called corn smut. And maybe that's the problem. If you dare try it, we suggest Los Sombreros; it's a house specialty at the sweet little Scottsdale Mexican restaurant.

There are young geniuses among us, and you'll find several of them have been roosting at the Aguila (eagle) nest in Central Phoenix.

This leadership institute, a nonprofit organization launched about eight years ago by Rosemary Ybarra-Hernandez, mentors young Latinos, mostly from lower-income families, from high school through college. They say their approach is not "rocket science," but they certainly are shaping and guiding our future rocket scientists, and their track record is impressive. Some of the students who are part of the program — and we're talking serious brainiacs — are bound for amazing futures. Phili Reyes of Phoenix just took part in a NASA internship involving the space shuttle Orion. Reymundo Hernandez, also a local kid, is starting his senior year at MIT. Carmen Ramirez Zazueta, who attended Agua Fria High School, is a National Science Foundation Scholar. And Diana Garcia, who attended Westwood High School in Mesa, is a Gates Millennium Scholar at Brown University. Impressive, yes?

Best Use of Computers to Terrify Visitors to Our State

Arizona's recent laws concerning immigration certainly have made some people think twice about visiting our state. And now we have finally reached the stage where we can automate the process of scaring visitors away.

The AVATAR, or Automated Virtual Agent for Truth Assessments in Real-Time, is a machine that looks like an ATM as envisioned by Kafka. AVATAR has two screens: One projects the head of an ethnically neutral male and the second features a touchscreen that lets users interact with the machine. Behind the scenes, it has a suite of sensors that measure respiration rate, skin temperature, pupil dilation, and a host of other factors. Using the data it collects screening border crossers, AVATAR should be able to flag suspicious behavior for further investigation by flesh and blood border agents. Conveniently, AVATAR is bilingual and capable of recognizing and understanding normal human speech. The upshot of AVATAR is that, theoretically, the machine is an objective judge of suspicious actions and thus impervious to politically uncomfortable charges of racial profiling. This system currently is being field-tested at the busy Nogales border crossing, so make your travel plans accordingly.